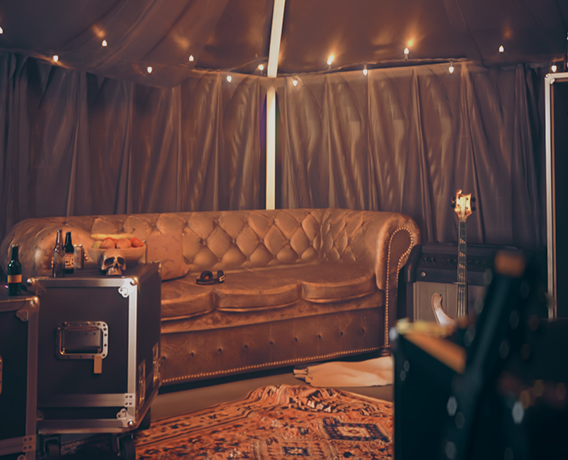 Classic rock, hard rock, metal and even some blues - something for all tastes. Clean and neat, safe and secure. Ocean-near location, cozy grass hillsides and real lavatories. But most of all, a really friendly and good-natured atmosphere. Like one big family, with members from around 60 countries. The best audience in the world, quite frankly.

THE FESTIVAL IN PICTURES

METALITE, AGONIZE THE SERPENT, DEATH BY HORSE, HEXED, MASS WORSHIP, BROWSING COLLECTION, ELDEN and HONEYBURST! Please welcome this year's NEMIS bands!   NEMIS stands for New Music In Sweden, and we feel grate to be able to - for the 15th year in a row - allow eight up- and coming bands present themselves to the amazing Sweden Rock audience!   This year's NEMIS line-up consists of everything from 70s-inspired rock and melodic metal, to hybrids between punk - rock and more brutal metal.   All eight bands will play on Thursday, June 4th.   Read more about the NEMIS bands on our Artist Page.  Another 24 (out of 90) acts are still to be announced.

Feb 3New cellular mast
To maximize the festival experience for our visitors, we are currently working on a long line of improvements to make this summer's festival even better. We have already revealed that the festival area is going to become a lot bigger, and more information about this - and other improvements - will be shared with you during spring.   Well, to cheer you all up on a Monday we can start by revealing that one of the projects has been improving cell phone reception - and we are now proud to say that there will be a new cellular mast built on the festival grounds - meaning that reception will improve for SRF 2020.   Great news for anyone homesick, trying to locate their friends on festival grounds or just the avid social media user who wants to share their experience with the folks at home.
Read more
Jan 31Stryper, Turbonegro, more confirmed!
STRYPER, TURBONEGRO, MICHAEL MONROE, ROSALIE CUNNINGHAM and WORMWOOD are now confirmed for this year's Sweden Rock Festival. One of the most legendary names in 80's hair metal,  Stryper , is being added to the Sweden Rock Festival poster! The band rose to stardom with the albums "Soldiers under command", "The yellow and black attack" (both from 1985) and perhaps most importantly "To hell with the devil" (1986), but as their latest few albums has shown, they are still delivering the goods and then some. The same can be said about Norwegian party machine  Turbonegro , who penned drinking anthems like "All my friends are dead", "I got erection" and "City of Satan", but whose latest line-up and albums have also been very well received - not least at their riotous Sweden Rock debut a couple of years ago. Also confirmed for this summers' festival are the influentual former Hanoi Rocks front man Michael Monroe , the new queen of psychedelic rock,  Rosalie Cunningham  and rising Swedish black
Read more
Jan 291 DAY TICKETS ON SALE NOW!
Get your 1 day tickets to Sweden Rock festival 2020!   TICKETS   SHOW DATES
Read more
Jan 244-DAY TICKETS SOLD OUT!
4-DAY TICKETS ARE NOW SOLD OUT! ON WEDNESDAY JAN 29th AT 10 AM THE 1-DAY TICKETS WILL GO ON SALE! More details and a reminder of how you best prepare for the ticket purchase will be posted early on next week. We have also been able to add a few more Parking-2 tickets. So if you are still in need of parking, now is your chance.
Read more
Jan 24WRONG BANDS ON VIAGOGO
It has come to our knowledge that the resale site Viagogo - despite exhortation from us - has LAST year's Sweden-Rock line-up on their site, next to this year's date. This is unfortunate, and we hope that no one has been cheated into believing these artists will play our festival again this year. We also want to take this opportunity to emphasize that we do NOT have any cooperation with this company (or other resale companies), and - as always - buy your Sweden-Rock tickets directly from Ticketmaster.
Read more
Jan 24SELL OUT DURING TODAY
Last 4-day tickets are going fast, and it looks like they'll sell out today! So if you want to experience all four festival days, now is your chance.
Read more
Jan 23ONLY A FEW 4 DAY TICKETS LEFT!
Heads up! There are now only a few 4-day tickets left, and we assess that they will sell out within only a couple of days! So if you wish to experience all of the festival days 2020, it's time to act now.   TICKETMASTER
Read more
Dec 13Guns N’ Roses to play Sweden Rock
Axl Rose, Slash, Duff McKagan and Dizzy Reed - the reunited Guns N' Roses are coming to Sweden Rock Festival this summer! The show will be their only in Scandinavia on this tour, and one of only three festival appearances in Europe.   Guns N' Roses have remained one of the biggest rock bands in the world since their breakthrough with debut album "Appetite for destruction" (1987). It was followed by the Queen-ishly ambitious album duo "Use your illusion 1 & 2" (1991), taking the band's popularity to even greater heights. "Welcome to the jungle", "Sweet child o' mine", "Paradise city", "Nightrain", "You could be mine", "Patience", "Civil war", "Rocket queen", "November rain" - the number of immortal classics that only these men can do justice is endless.   Since their 2016 reunion, Guns N' Roses have sold out the biggest stadiums on the planet, including Friends Arena in Stockholm (2017) and Ullevi in Gothenburg (2018). This summer will see the band return to Europe for a short tour
Read more
Dec 10More bands confirmed!
Another 21 of the 90 acts that will be performing at the Sweden Rock Festival this summer are now confirmed: In Flames, Social Distortion, Within Temptation, Saga, Kvelertak, Trouble, Walter Trout, Haken, Orange Goblin, Victory, Månegarm, Praying Mantis, Satan Takes A Holiday, The Coffinshakers, Narnia, Art Nation, Magic Pie, Horisont, Overdrive, Siena Root and VA Rocks. In Flames  have had a successful year, getting praise for both their new album "I, the mask", and their new rhythm section, which has been called the bands' best ever. No expenses will be spared when one of Swedens' biggest metal bands go "all-in" upon their return to Sweden Rock in June. Social Distortion  is generally categorized as a punk rock band but considering their rock and blues influences, their wide appeal and the fact that they have been one of the biggest names in the genre since the early 90's, their Sweden Rock debut is long overdue. Now, finally, the time has come! After this announcement, another 38 ac
Read more
Nov 281-day tickets released later
Many are asking about 1-day tickets, but these will not be released until later on - when we have announced more of the line-up and know which bands are to play on which day. Historically the 1-day tickets have gone on sale around January/February.
Read more 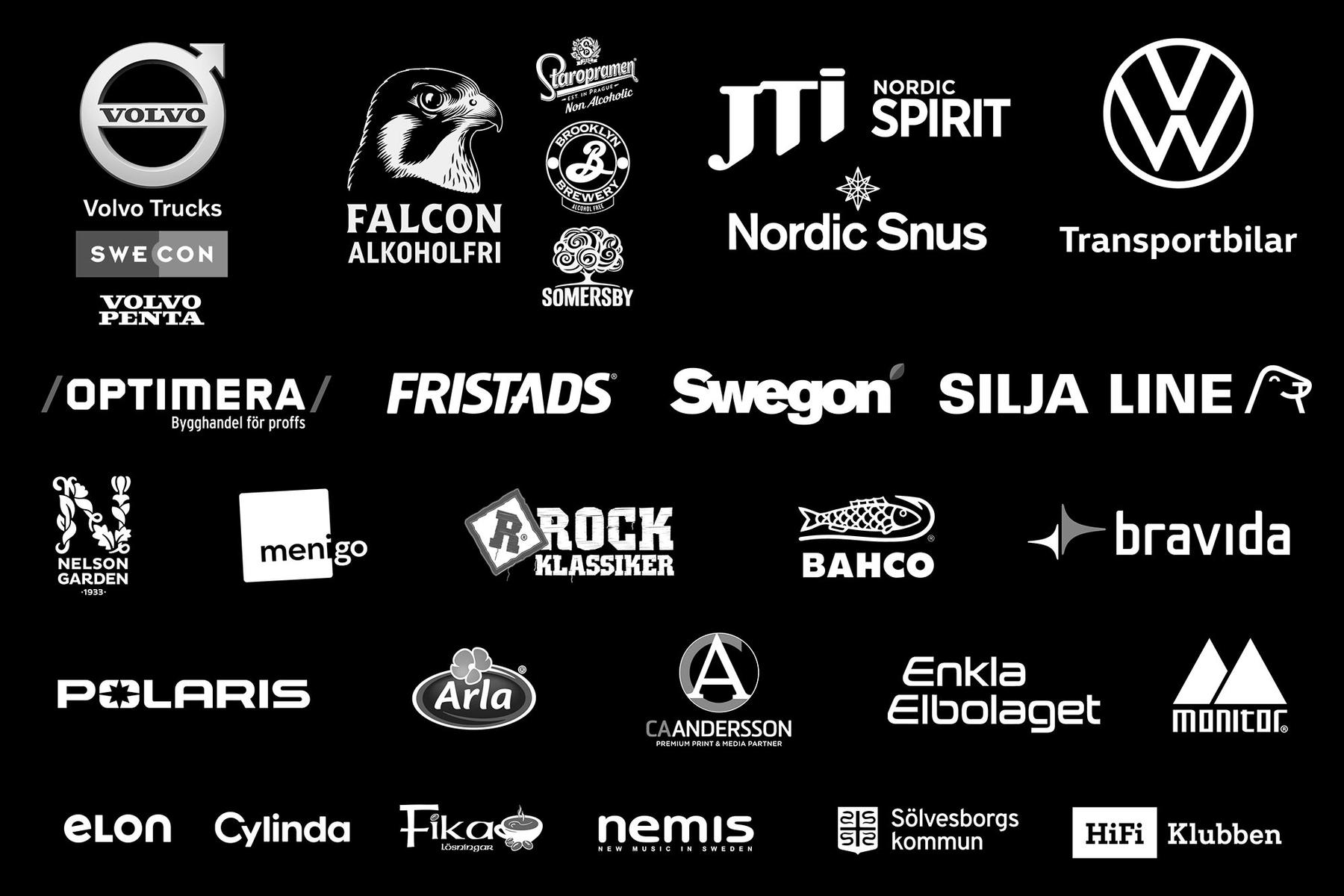